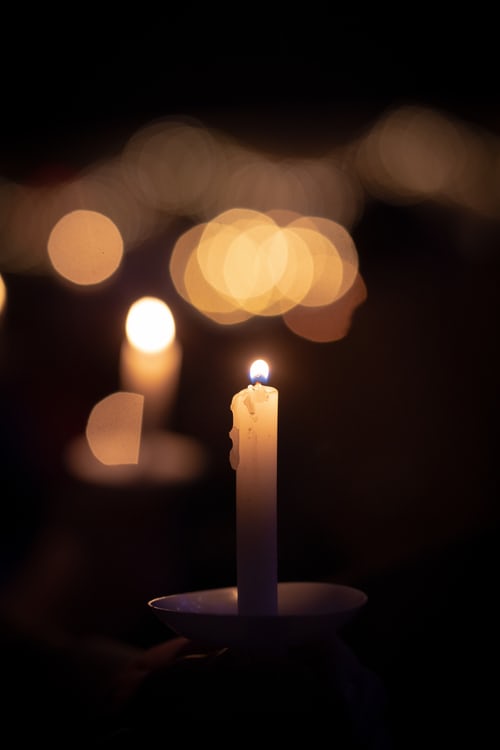 While the Pope is in the Hospital…

While the Pope is recovering in the hospital (best wishes for Jorge Mario Bergoglio that he gets well), it is only natural to reflect, by analogy, on the state of health of the Catholic Church.

Multiple analyses now, both from the “right” as well as the “left,” say that the diagnosis is frightening: a comatose state. The number of people who go to church is decreasing, vocations are falling dramatically, the number of those who believe in eternal life and the resurrection continues to decrease. The “ABCs” of the faith are crumbling day by day – and this is the most serious crisis, far more serious than the crisis caused by either sexual or financial scandals perpetrated by men of the Church. Certain phenomena, such as the German “Synodal Way,” are not evidence of any residual vitality but rather are simply the thrashing of a body that is in agony.

Some time ago I wrote a pamphlet (partly an essay and partly a dystopian story) entitled Come la Chiesa finì [How The Church Ended]. Well, I would say now that we can leave out the adjective “dystopian.” All you have to do is look around: the Church is ending. The shell exists, but there is no longer any substance. I also wrote an article called Roma senza papa [Rome Is Without A Pope], in which I argued that, beyond the canonical questions of who is actually the Pontiff, Rome is de facto without a Pope, because the Pope has long since ceased doing his job (confirming his brothers in the faith) and has become a sort of chaplain to the United Nations and politically correct humanitarianism. Those who love to put labels on ideas accused me of sedevacantism. In reality, what I see here as vacant is reason, even before faith.

I came to understand that the Church has ended one Sunday a few months ago, when I heard a parish priest, terrified of Covid, say during his homily: “Thank goodness we have sanitizing gel and distancing. However, the less in number we are, the better we are.” I would say that this is a certification. If a priest, a parish pastor, one who, we may assume, attended seminary for a number of years and perhaps even a pontifical theological school, expresses such a thought, it means that the Church is over. Period. You will object: “But you are talking about one single case, you can’t generalize.” True. But in my opinion this parish priest was, to put it simply, too brutally blunt and sincere. Others try to sweeten the pill, but the essence of what they think is this: they believe more in sanitizing gel than in holy water (which in fact has been eliminated), more in social distancing than in the miraculous power of the Holy Eucharist, and more in the directives of the technical-scientific Committee than in the Word of God. What is there to add? End of story.

Of course, the Church, which belongs to Christ, cannot end, and she is already being reborn: smaller, more hidden, more persecuted, freer, and truer. But the Church as we have understood her and lived her up to now is over. The Church that is being reborn has nothing to do with the hierarchy and bishops’ conferences and congregations of the Roman Curia. That boat has been shipwrecked and has sunk. The Church which is being reborn, sustained by the Spirit, is a miracle of faith: spes contra spem, a sign of total contradiction in relationship to the world. A Church that is – I apologize for using this term – a bit guerilla, because she is not organized and often is not visible. She is there, but there is little to see, or even nothing at all to see, and she doesn’t even want to be seen. She keeps the flame burning in ways that are both ancient and new. She combines Tradition with the inventiveness that comes from love. She looks with dejection at the official documents, at the policies and pastoral plans. Indeed, she ignores all this because she knows that the only thing that can come from there now is an attack on the faith. Since she thirsts for the Truth, she goes directly to the source of the water that gives life, and she gathers around the very few remaining shepherds, who are themselves hidden and persecuted.

The conversion that is required of us today – beyond the daily one of saying no to sin and choosing God – concerns the very way in which we think of the Church: leaving behind all that we have known and entering into a new dimension, under the banner of smallness, hiddenness, and persecution.

The phenomenon of Covid caused an acceleration, but the process was already underway. As far as I am concerned (I say this only to explain how my thinking has developed, certainly not because I think that my case is paradigmatic), the turning point occurred with Amoris Laetitia. I have said it and written it now many times: when I realized that apostasy had woven its way into that document, the veil fell. I stopped being a “regular” Catholic and I became a “guerilla” Catholic.

We do not know what things will be like post-Bergoglio. Of course, we know that papal authority, already undermined, has received a mortal blow with this pontificate. Once upon a time we said: “Roma locuta, causa finita” – “Rome has spoken, the case is closed” – when Rome, or rather the Pope, had authority that was both recognizable and recognized. Now we could say: “Roma locuta, qui curat?” – “Rome has spoken, who cares?” The answer is: nobody cares. The voice of the Pope is one among many, and it is not even one of the most authoritative. I am not laying the blame on Bergoglio, who is only the last link in a long chain. Indeed, paradoxically, Bergoglio has had the “merit” of bringing the matter out into the open. I read that someone called Francis a “happy hour pope” [papa da aperitivo]. It might seem like a nice definition, but it’s actually terrible. If the pope’s voice may be compared to what we can gather from people who are sitting at the bar, it means that papal authority is dead and buried. And who will be able to restore it? And how?

And so, these are the little thoughts I wanted to share, dear friends of Duc in altum, while the Pope is in the hospital (and again, with best wishes for Jorge Mario Bergoglio that he gets well).