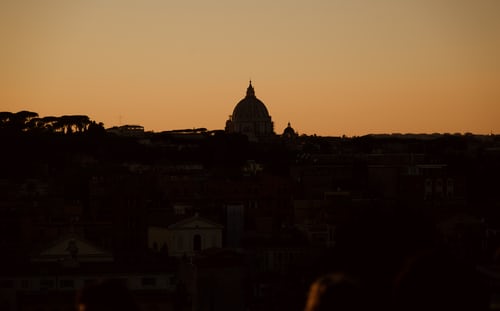 For the record: highlights from an Interview by La Verità newspaper to Aldo Maria Valli re: the Pope’s illness, rumours of a conclave and the war against the Old Mass

The interview was conducted by Alessandro Rico and published in La Verità on September 6, 2021.

Aldo Maria Valli, historian and highly-esteemed Vatican expert for the RAI (Italian Radio and TV),  runs the blog Duc in Altum from which he has been courageously criticizing the ambiguity and the confusion of  Pope Francis’ papacy for years now.  We ask his informed opinion on the recent rumours  about Pope Francis’s’ possible  imminent abdication. Pope Francis has denied  this (“I have no intention of resigning”), but declared  that as soon as the health of a Pope deteriorates, there is feeling  “that a conclave is in the air”.

What is the atmosphere really like in the Vatican at the moment?

“The sensation of instability and insecurity is palpable;  along with a climate of tension and suspicion, for fear of being the object of purges and retaliations.”

“In the recent case of the Motu Proprio abolishing in effect, Summorum Pontificum, the bishops were told clearly that if they didn’t fall into line with it, they would be removed unceremoniously.”

We’ll come to that in a minute.  Meantime, what is really going on with the Pope’s health?

“In the Sacred Palaces there is talk of two tumours that Bergolio had been suffering from, and of the difficulties the doctors and health-care personnel had in the hospital, in caring for their august patient, who proved to be nervous and irritable during treatment.”

O my! We must pray for him.

“Certainly there are those who want us to think that Francis is still in good-health and is strong physically, to avoid giving the impression of a loss of power. But in reality,  Bergoglio had an emergency operation for a serious condition , and given his age, his situation is not easy.”

Francis has been particularly prolific in the creation of new cardinals . Does this mean that the next conclave will be already a done deal? That is to say, will a Pope in the image and likeness of Bergoglio emerge?

“This is what Francis has in mind, for sure:  for years he has been creating cardinals totally in line with his ideological approach. I believe, nevertheless, that there are quite a number in the Sacred College who have understood where Bergoglio wants to lead the Church and I believe they are not willing to be accomplices in Her demolition.”

“We might well have  some surprises.  You know  the old saying that ‘the one who goes into conclave as ‘Pope’ comes out of it a cardinal.’  It should be taken seriously…

What’s your opinion about the Becciu affair? Some newspapers are attempting to downgrade the investigation.

“From what I know, the London affair sees Angelo Becciu in the role of “numskull”  from the instant the operation was decided upon by Bergoglio himself, based on what was revealed by Monsignor Carlo Viganò  in his last intervention.”

What will happen in the end?

“The investigation will not lead to the conviction of the guilty parties, as has happened already in other cases, since the defendants, in reality, are not the ones responsible for the offences which  they are accused of. Probably an authoritative intervention by Francis will be made, declaring Becciu’s guilt res judicata , as in the McCarrick case.”

Meanwhile, as you referred to before, the Pontiff  has taken steps to pave the way for the suppression of the Latin Mass. Why start this war?

“Because it’s precisely by starting a war and provoking dissent and protests that Bergoglio can demonstrate  the Tridentine Mass is ‘divisive’.”

Is that not the case?

“With a wise and generous application of the previous Motu proprio, Summorum Pontificum, promulgated by Benedict XVI, the communities attached to the Old Rite never came into conflict with the other faithful and priests.”

Does Francis want to stoke a conflict that doesn’t exist?

“Stirring up the casus belli is typical of Francis’s Peronistic mentality: first provoke the exasperated reaction of those he wants to target, and then faced with their protests, show himself authoritarian and despotic, accusing them of disobedience.”

Isn’t it paradoxical  that the Apostolic Letter with which he seeks  practically to eliminate the Old Rite , is called Traditionis custodies ?

“Francis,  while citing the Council, defines the bishops “ custodians of Tradition” precisely when he is constraining them to abolish its principal expression: that liturgy. Those who see a sort of  mockery in this do have a point.

It is heartbreaking that he who is called “Holy Father” is so cruel to his children and so tolerant with those declared enemies of Christ, the Church and the Pope.”