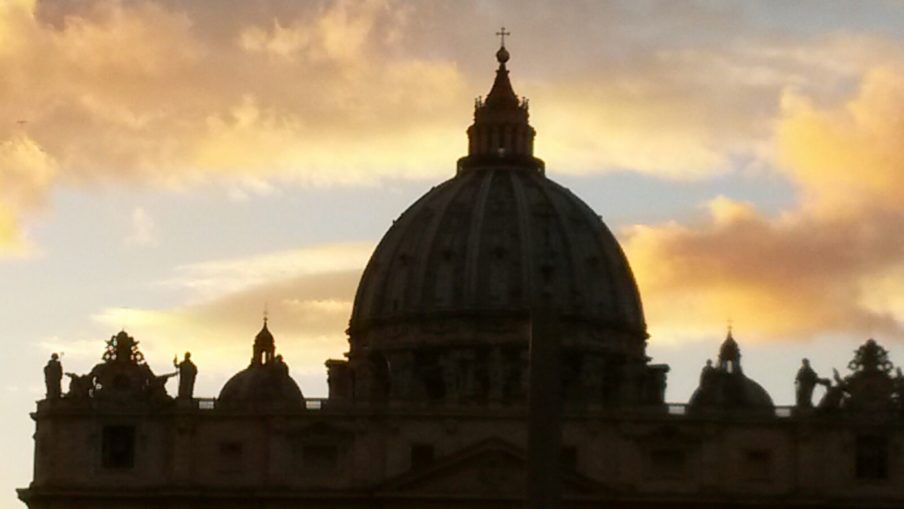 Berlicche anche in inglese / The Screwtape Letters. The Operation Plan for the Destruction of the Catholic Church

Screwtape Explains to the ‘Chosen’ Cardinal How to Destroy the Church: From Demogogical Pauperism to the Dissolution of the Dogma and Tradition

FA new ‘Screwtape Letter’ has come to light, and its contents are decidedly disturbing. It has originally been published by the journalist Aldo Maria Valli – ex-Vaticanist for the Italian RAI TV – on his blog “Duc in Altum” and further published by the italian newspaper “Libero”. The writer remains anonymous, or rather: “His Most Powerful Abyssal Sublimity, the Under-Secretary Screwtape”, the Senior demon who, in the homonymous tales of the great Christian exegete Clive Staples Lewis, instructs his nephew, the young demon, Wormwood, on how to tempt Man and conduct him into perdition. Behind the delightful satirical stratagem, Lewis demonstrates which were the subtle strategies of Evil and, in this case, the last letter treats a thorny theme. Screwtape addresses no less than a corrupt cardinal, supplying him with precise instructions on how to demolish the Catholic Faith and the Church itself. In this case, Screwtape illustrates extremely precise political and communicative tactics that go far beyond a simple speech dedicated to mere believers. Enjoy the reading!

His signature is more than recognizable: Screwtape, Himself, His Devilishness! The letter he sent to Cardinal X must be read and meditated. A full-blown Operation Plan.

When I finally manage to get you elected pope, you must attentively stick to the following roadmap to fulfill your role. To begin with, you must charm the masses of the faithful. This can easily be done by breaking with all protocol and habits of the papal dignity, appearing humble, pauperist, devoured by the love of the poor and derelict, renouncing all the frills and trappings of the ‘dour, pompous and hypocritical’ Tradition. Furthermore, as soon as you can, strike without mercy all the enclaves of priests who remain attached to the Latin Mass (extremely dangerous for us), and never lose the occasion to talk badly of the good Catholics, in order to knock their self-confidence. Rather show in public your severity in conducting demagogic battles, like those against pedophile priests, but do not go down too heavily: we need them. The approval of the masses, acquired with these ‘candies’ will easily bring you also that of the media, which being for the majority on our side, you will have to entrap without hindering the projects of their owners, on the contrary, keeping up friendly and dialogic rapport with the directors of the most secular newspapers, exhibiting an ever-growing intellectual open-mindedness.

It will be themselves who stand in as ‘useful idiots’ and who scatter the first seeds of the theological destruction; it will be enough for you to distance yourself slightly from what they put into your mouth, without completely denying them, leaving the faithful in doubt. In this way you will make the anti-catholics happy without completely losing your flock of idiot-sheep. Remember: never take a clear and unequivical stand. As you well know, the most important thing is to permanently consolidate modernism, which many theologians on our side have been painlessly constructing right from the times of the Council: the demythization of all that is supernatural, the reduction to a mere ‘symbol’ of all that science cannot explain and the sociology necessary to reach the point that presses us most: deny that Christ was truly the Son of God. It will be most useful for you to look to what was sustained by Ario, who is here with us and sends his greetings.

Also your body language is of importance: Never kneel before the Eucharist, otherwise you would give a sign of submission to ‘Him’, and this would be intolerable for us. You must constantly chip away at the concept that the Eucharist is truly the Body of Christ, and the best way is to manage administering it to divorced couples who have remarried, in a vague and disordered way: thus it will lose any real value. If some old cardinal protests, do not pay any attention, he will be massacred by our media and soon thereafter, forgotten. Do not be afraid of the higher ranked clergy: we have weakened and corrupted them over the last sixty years and they will not have the strength nor the courage to oppose your actions. Rather, be aware of priests of zeal: as soon as one of them becomes cocky, clamp down on him immediately, excommunicate him as an example for the others. They depend economically on the 8 per 1,000 tax law in Italy, so they will rebel with difficulty. NB: Mary, who should crush the head of our Leader, is our enemy Nr 1 and must be taken down, above all beginning with the dogmas. I plead with you, her virginity must come over as a simple myth: reduce her position, limit yourself to recognizing her as a ‘humble mother and disciple of a prophet’. Woe betide if people really believed that she was the Mother of God, the Immaculate who had miraculously given birth. All the credibility of Christ stems from this. The freemasonry is our first-most ally, keep this in mind. Its philosophy is totally anti-ethical towards Catholicism, so you must aim to weave a good relationship with them, always behind the screen of dialogue and fraternity.

Many cardinals – and among the most educated – are already members and will give you a hand. It is fundamental that you are able to find full support from the gay lobbies:, priests are weak. Since the seventies, we have filled the seminaries with homosexuals, who have now become bishops and monsignors, and live joyously what ‘He’ called the sin of Sodom. Nominate them cardinals in great quantity and they will be your most faithful supporters and will elect the next pseudo-pope, when you will have joined us down here. Religious gays will never give up their carnal pleasures, and in order to dampen their conflict of conscience, they will be always ready to overturn the Doctrine, which is what we want: eliminate the concept of sin, undermine natural love, destruct the hateful christian family. Remember: “Without violation, the police lose their significance”, therefore it is fundamental that you propose a distorted idea of divine mercy. Make your people believe that God will pardon everyone equally, the hell does not exist and that the damned souls simply vanish into nothing. Without merit, without chastisement, there will no longer be any tension towards the sanctity of life and sin will take over easily. In this way we will make millions of souls ours. Plead aid from the preternatural powers and all pagan gods to contaminate the love for the Creator of that friar of Assisi, with pantheist worship. If you can, pass it off as other manifestations of God, caring for ecology and the environment, a winning topic with the youths, who are our future.

The dilution and demolition of the Catholic Faith must come about through dialogue and the praying together with other religions that obviously do not believe in ‘Him’. It is very important that the concept comes over that God is not only that of the christian trinity, but something indistinct, that has also manifested in other cultures. In this way we can present him how ever we like, denying the Incarnation of the Word. As far as abortion is concerned, relegate it to the background, but be careful: it is a very sensitive topic. Try to legitimize it indirectly and slowly, perhaps through the same pro-gay cardinals. Bring it up only occasionally, just to keep up a catholic appearance, by matching the aborted feti with the migrants, who are refused by the Western world. Immigration is in fact one of the most efficacious systems that we have to destruct Catholicism, with the hosting nation: Italy. In order to do this try to continually implement the sheltering of foreigners, especially muslims. With their demographic power and with their religion, in only a few years they will sweep away the identity – also religious – of that country where there are still many resisting catholic souls – dangerously awake – who could oppose our plans. Many of our politicians will support you and I will assist them in conserving their power, even when the people will have rejected them. Keep up relationships with the European institutions: they have confirmed in black and white to refuse together Christianity and have passed over to our side.

Make good use of the pestilence which I will send thanks to one of our allied countries: the chaos and terror of authority that will emerge, will allow you to accelerate your timing, and the newspapers will no longer have space to dedicate to what is happening in the church. When the disease is over, Man will find himself in a new world, with a new religion (ours) and they will not have even noticed how all this could have happened, so inadvertentally.