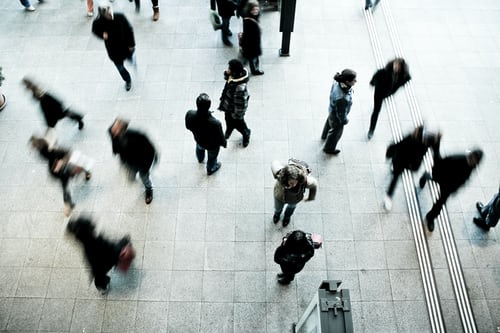 The candidacy of the Catholic Joe Biden to the presidency of the United States, while defending the right to abortion, has divided the Church of this country: a priest denied him communion in a church in South Carolina; the new cardinal of Washington, Cardinal Wilton Gregory, on the contrary has stated he would not deny Biden the Eucharist; and Mgr Charles J. Chaput, Archbishop emeritus of Philadelphia, has publicly said that the actions of Joe Biden showed he was not in communion with the Church.

The disastrous integration of legal positivism by Catholics

The Catholic vulgate of today rests on the separation between the political sphere, supposably morally neutral, simply positive, and the sphere of the individual conscience, dichotomy expressed for example by Fr. Alain Thomasset, professor of Moral Theology at the Centre Sèvres, Paris: “As a Christian, a mayor can personally disapprove the law on homosexual marriages, but as an elected official and public officer there is also the obligations in relation to the law which applies to all and a law he must ensure it is enforced”[1].

We are far from what, for example, Pius XII expressed when he said: “the simple fact for a law to be declared by the legislative power obligatory norm in the State, fact considered on its own and by itself, does not suffice to create a true law. The “criterion of the simple fact” applies only to the One who is the author and the sovereign rule of all law: God. To apply it indistinctly and permanently to the human lawmaker, as if his legislation was the supreme rule of the law, is the mistake of legal positivism, in the proper and technical sense of the word: an error which is at the base of State absolutism and which equals to a deification of the State itself.”[2] For, as saint Thomas reminds us: “Every human law has just so much of the nature of law, as it is derived from the law of nature. But if in any point it deflects from the law of nature, it is no longer a law but a perversion of law.”[3] The result is that “unjust laws are acts of violence rather than laws,” and they do not bind in conscience.[4]

To understand well, one must consider the laws, independently from the modern systems, as they should be, that is as the privileged instruments of the just organization of the political community, through which the ruler indicates “the rule and the measure” of the actions performed by the citizens. In this way, they organize what the political community of men is designed for: the well being, the good and the peace, the respect of the righteous person, of a honest life, within the harmonious intellectual and moral development.

We have the greatest difficulties accepting this nowadays, even if only theoretically. Man because of his life, which is necessarily a life in the political community, finds himself engaged in a number of relations which impose on him duties of justice, because of all that he receives from this political community: an education, a language, some goods of all sorts. Through the accomplishment of this justice he practices virtues and reaches his end. Laws, by nature educational, are indeed nothing else but frames, who force him to abandon this egoism he is attracted to by his nature wounded by sin. In fine, the goal of the law is to promote good and punish evil: “Be ye subject therefore to every human creature for God’s sake: whether it be to the king as excelling; Or to governors as sent by him for the punishment of evildoers, and for the praise of the good” (1 P 2, 13-14); or again: “For he is God’s minister to thee, for good. But if thou do that which is evil, fear: for he beareth not the sword in vain. For he is God’s minister: an avenger to execute wrath upon him that doth evil” (Rm 13, 4-5). The purpose of the legislative body is to create a moral order, in the non-polemical sense and in the deepest meaning of the word.[7]

The subversion of the notion of common good

The avalanche of tyrannical laws sapping the foundation of the natural family (divorce, equalization of children born in and out of wedlock, legalization of contraception, legalization of abortion, homosexual “marriage”, various artificial reproduction, etc.) removes all appearance of content to the common good of the political community. What we call the social doctrine of the Church has been constantly attentive, quite rightly, since Rerum novarum, to the subversion of the common good in the economic sphere by modern individualism and economic liberalism. But, this also applies in a worst way to the family, involving an other aspect of both individualism and liberalism.

To quote again the pope of Rerum novarum: “In political affairs, and all matters civil, the laws aim at securing the common good, and are not framed according to the delusive caprices and opinions of the mass of the people, but by truth and by justice; the ruling powers are invested with a sacredness more than human, and are withheld from deviating from the path of duty, and from overstepping the bounds of rightful authority; and the obedience is not the servitude of man to man, but submission to the will of God, exercising His sovereignty through the medium of men.”[8] Certainly, we are in the natural order and not in the supernatural, but yet, the authority in it has a sacred character. For that matter, the pursuit of the common good, “as the end and criterion regulating political life,”[9] must help citizens reach the plan of salvation the Church, spouse of Christ, offers them.

“Where are we to find the natural common good, ultimate good in the order of human affairs, end of the political community,”[10] in the current bioethics legal dispositions which pursue the endless process of transgression of previous laws? What is left of the “good life” that all those organized in a given political community are to benefit? “Indeed, if men gather, it is to lead a good life, what each, individually, could not achieve. But, a good life is a life according to the virtue. The virtuous life is, thus, men’s purpose for gathering in society,”[11] though it remains infinitely inferior to the supernatural life entrusted to the Church. Yet, bad laws lead men to a spiritual death and put a veil on Revelation. And because man is spirit and body, the goods of the body (health, exterior goods necessary for wellness), but also the inheritance accrued of human and cultural values, come into this rational general good (moral) dispensed by the community.[12]

The irreplaceable testimony of the teaching Church

If it is necessary for pastors of the Church, pope and bishops, to denounce unjust laws, is this enough? Shouldn’t this denunciation be accompany by a more radical critic, for the sake of reminding the general principals which commands the life of the political community? No one, besides the hierarchical Church is able, today, to do it efficiently.

Because of the multiplication of tyrannical laws nowadays, we cannot not wonder about the question of the tyranny of the rulers of the political community itself that the lack of common good has tainted. Saint Thomas talks of “tyrants” who, beyond the promulgation of a law contrary to the common good, totally overthrow the common good to replace it with their own[13]. But, we are touching here more in the order of States with “new conception of the law” (a denomination given by Leo XIII to the modern institutional system in the encyclical Immortale Dei), which are foreign by nature to the acknowledgment of the transcendence of natural law, and which it will be necessary to discuss more in depth under the angle of the relations between Church and State.

It is true that these States can despite everything integrate in their legislation a certain respect of the natural order, and this because of the situation of public opinion – which evolves increasingly faster since those in charge no longer fit their role as instructors. In this way, in France, state marriages that is without Church blessings, had kept the model of natural marriage though defiled progressively[14]. Pius XII, in his speech to the Rota that we quoted earlier, also noted: “The XIX century is mainly responsible for legal positivism. If its consequences were not felt before some time in the legislation with all its seriousness, it is because of the fact that the culture was still impregnated with the Christian past and that the representatives of Christian culture could still almost everywhere make their voice heard in the legislative assemblies.”[15]

In short, it would be about, for the Successors of the Apostles, to clarify and widen the words of John Paul II: a democracy without values easily turns into open or thinly disguised totalitarianism.”[16] If this “thinly disguised totalitarianism” does not have gulags at its disposal, yet it forces Christians to live under a conforming despotism possibly more dangerous for the salvation of souls than Soviet totalitarianism. Who else but the representatives of Christ can educate Christians to survive and transmit in such a situation of social oppression of an increasing intensity?