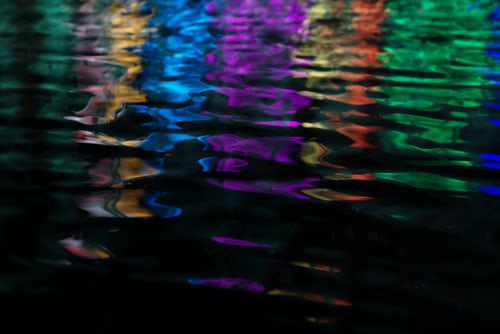 The homosexualist offensive and us. Isn’t it time to react?

Dear friends of Duc in altum, the Young Priest (even if he says he is no longer so young, I always like to call him that way) wrote me a letter which I gladly propose to you. He touches topics we can’t ignore.

From the Young Priest

Dear Aldo Maria, yesterday I went to say hello to my parents and I found myself turning on the television. By choice I do not keep it in the rectory and therefore I see it after a few months from the previous time. I must say that I am surprised at how we always manage to do worse. Besides the mountains of silicone that could be built by the melting of the faces of the countless VIPs, I was struck by the excessive power of homosexualist propaganda. I felt like I was at war: in every channel are constantly referring to that world, particularly now in sports television programs during the European soccer championship.

It is evident that we are facing something not normal, but pathological: the action of the LGBT propaganda, now LGBTQ and I don’t know what else, is in the image and likeness of the sin these people are proud of: reiterated, without limits, tending to occupy all available spaces. We are in front of a form of compulsive hysteria that necessarily wants everything and therefore tends to be omnipervasive and omnipresent. There is no room for others: sports, cinema, school, toys, household items, political institutions, restaurants with gay friendly rainbow stickers, ad hoc days, even inclusive beaches, persecution of every alternative voice until it is extinguished on defamatory accusations.

It seems to me that even a blind person and a deaf person can understand that here it is no longer a question of defending people who have homosexual behavior from possible aggressions, but we are dealing with a true ideological colonization, which through universal propaganda arises the goal of plagiarizing all consciences, especially of the youngest who do not have the tools to be able to defend themselves. This is why I believe that the only law of civilization is not the Zan one, but the one approved by the Hungarian parliament. A simple common sense law that passes to be a Nazi law. Hear the offending principle: “To secure the protection of children’s rights, pornography and content that depicts sexuality for its own purposes or that promotes deviation from gender identity, gender reassignment and homosexuality shall not be made available to persons under the age of 18,” (…) Sex education classes should not be aimed at promoting gender segregation, gender change or homosexuality”.

It seems to me the ABC of a civilization. And yet, cries of anger from almost the entire EU rose to heaven, which went so far as to give the ultimatum to Hungary: “Either you change the law, or you are out! Incompatible with the European values”.

Let’s try to play a little game, overturning the text of the Hungarian law to understand what these glorious European values are.

“To secure the protection of children’s rights, pornography and content that depicts sexuality for its own purposes or that promotes deviation from gender identity, gender reassignment and homosexuality shall be made available to persons under the age of 18,” (…) Sex education classes should be aimed at promoting gender segregation, gender change or homosexuality”

And here we are. How can a Country allow itself to be treated as a platform in the hands of homosexual and genderist ideology? How can we fail to notice the poison of enmity that the LGBTQ world inserts wherever it goes? How is it possible to not notice the damage that these theories are doing on the youngest ones, alone, confused, without great examples, closed in their smartphone-shaped world? How can we not realize that behind all this there can be no other than him, the father of lies?

Now it is no longer possible to even sit on the sofa at home and drink a beer in peace in front of a soccer match without having to hear their lessons about  civilization: stadium illuminated with rainbow colors, players kneeling in solidarity with the black racists movement of Black Lives Matter, transformation of the match between Germany and Hungary into an EU-Nazi clash. As I write this, the news of the approval by the European Parliament of the Matic Report came in, with which for the first time ever, abortion is recognized as a “human right”. Gentlemen, we cannot have any illusions: this is Europe, a continent adrift, with no longer references to what is true, good and beautiful, a furiously anti-Christian Europe, ready to enact laws increasingly motivated by the desire to close our mouths, forever.

Dear Aldo Maria, isn’t it time to react? To testify before the fury of the world the sweet word of Christ, who reveals man to himself and brings to light his most high calling?