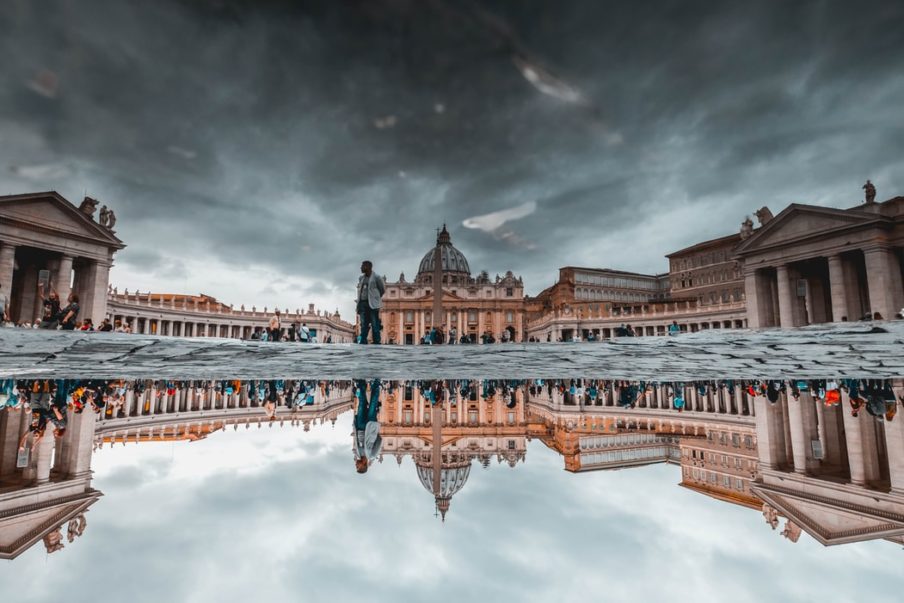 That peculiar “interview” of Benedict XVI in Corriere

I rarely concern myself with the work of other newspapers and journalists, but I am making an exception for the peculiar “interview” which Benedict XVI supposedly gave to Corriere della sera.

Why do I write “interview” in quotation marks and use the conditional tense?

It’s quite simple: because if you read the article you can see quite clearly that there is no interview. Massimo Franco and the editor of Corriere make a visit to Benedict XVI and bring him (they already did this once before) two cartoons by Gianelli. The elderly pope emeritus (also because of his present state of debilitation) responds to several solicitations with short remarks (“his voice is a breath, it comes and goes”), thanks them, and greets them. That’s it. Interviews are another thing altogether.

And why do I say that the interview, admitted and not granted that it is an interview, is peculiar?

It’s quite simple: because the words and content do not seem to belong to the vocabulary and style of Joseph Ratzinger.

The Ratzinger I know would never have used the word “fanatics” to define his friends who are not content with his resignation of the pontificate. Nor would he ever have permitted himself to intervene in Italian affairs by expressing his hope that Draghi, “very esteemed in Germany,” can “resolve the crisis.”

In the same way, Ratzinger would never have allowed himself to attribute a conviction to President Biden (“personally he is against abortion”) in order to then comment in a superficial and approximative way: “as president he tends to present himself in continuity with the platform of the Democratic Party.” The same is true for the other – truly incredible – statement regarding Biden, and that is that “on gender politics we have not yet understood well what his position is.”

And furthermore, why does he use the plural? “We have not understood?” Has the plural maiestatis suddenly been restored?

Regarding the words, “There are not two popes, there is only one pope,” it seems to me, frankly, that they are not newsworthy. Ratzinger has already said this many times. We would have had a scoop if Ratzinger had said, “The only pope is Bergoglio and I am no longer the pope.” But he has never said this, and he continues to not say it.

The real questions that ought to have been asked of Benedict XVI are quite different. For example: “Your Holiness, forgive us, you wear white and you bless as a pope emeritus, but how were you able to invent such a monstrum? How could you abandon the flock to the ferocity of the wolves? You say that you have a clear conscience, but don’t you feel the bewilderment and suffering of a large part of the flock?” Then, yes, we would have had an interview.

And then, behold: right on time, Vatican News, the official press agency of the Vatican, headlines with great prominence: “Ratzinger repeats: There are not two popes.” A game that is becoming tedious.

Are you a reader of this blog? Do you like it? Do you think it is useful? If you want to support it, you can make a donation using this IBAN:

For the benefit of: Aldo Maria Valli
Causal: voluntary donation for blog Duc in altum